Which Shell to Use

Bash is the only shell scripting language permitted for executables.

Executables must start with #!/bin/bash and a minimum number of flags. Use set to set shell options so that calling your script as bash <script_name> does not break its functionality.

Restricting all executable shell scripts to bash gives us a consistent shell language that's installed on all our machines.

The only exception to this is where you're forced to by whatever you're coding for. One example of this is Solaris SVR4 packages which require plain Bourne shell for any scripts.

When to use Shell

Shell should only be used for small utilities or simple wrapper scripts.

While shell scripting isn't a development language, it is used for writing various utility scripts throughout Google. This style guide is more a recognition of its use rather than a suggestion that it be used for widespread deployment.

It is not necessary to know what language a program is written in when executing it and shell doesn't require an extension so we prefer not to use one for executables.

SUID and SGID are forbidden on shell scripts.

There are too many security issues with shell that make it nearly impossible to secure sufficiently to allow SUID/SGID. While bash does make it difficult to run SUID, it's still possible on some platforms which is why we're being explicit about banning it.

Use sudo to provide elevated access if you need it.

All error messages should go to STDERR.

This makes it easier to separate normal status from actual issues.

A function to print out error messages along with other status information is recommended.

Start each file with a description of its contents.

Every file must have a top-level comment including a brief overview of its contents. A copyright notice and author information are optional.

It should be possible for someone else to learn how to use your program or to use a function in your library by reading the comments (and self-help, if provided) without reading the code.

All function comments should contain:

Comment tricky, non-obvious, interesting or important parts of your code.

This follows general Google coding comment practice. Don't comment everything. If there's a complex algorithm or you're doing something out of the ordinary, put a short comment in.

Use TODO comments for code that is temporary, a short-term solution, orgood-enough but not perfect.

This matches the convention in the C++ Guide.

TODOs should include the string TODO in all caps, followed by your username in parentheses. A colon is optional. It's preferable to put a bug/ticket number next to the TODO item as well.

While you should follow the style that's already there for files thatyou're modifying, the following are required for any new code.

Use blank lines between blocks to improve readability. Indentation is two spaces. Whatever you do, don't use tabs. For existing files, stay faithful to the existing indentation.

Pipelines should be split one per line if they don't all fit on one line.

If not, it should be split at one pipe segment per line with the pipe on the newline and a 2 space indent for the next section of the pipe. This applies to a chain of commands combined using '|' as well as to logical compounds using '||' and '&&'.

Put ; do and ; then on the same line as thewhile, for or if.

In order of precedence: Stay consistent with what you find;quote your variables;prefer "${var}" over "$var", but see details.

These are meant to be guidelines, as the topic seems too controversial for a mandatory regulation.
They are listed in order of precedence.

Use $(command) instead of backticks.

Nested backticks require escaping the inner ones with \. The $(command) format doesn't change when nested and is easier to read.

Use quotes rather than filler characters where possible.

Bash is smart enough to deal with an empty string in a test. So, given that the code is much easier to read, use tests for empty/non-empty strings or empty strings rather than filler characters.

To avoid confusion about what you're testing for, explicitly use -z or -n.

Use an explicit path when doing wildcard expansion of filenames.

As filenames can begin with a -, it's a lot safer to expand wildcards with ./* instead of *.

eval should be avoided.

Eval munges the input when used for assignment to variables and can set variables without making it possible to check what those variables were.

Use process substitution or for loops in preference to piping to while.Variables modified in a while loop do not propagate to the parentbecause the loop's commands run in a subshell.

The implicit subshell in a pipe to while can make it difficult to track down bugs.

Use a for loop if you are confident that the input will not contain spaces or special characters (usually, this means not user input).

Using process substitution allows redirecting output but puts the commands in an explicit subshell rather than the implicit subshell that bash creates for the while loop.

Use while loops where it is not necessary to pass complex results to the parent shell - this is typically where some more complex "parsing" is required. Beware that simple examples are probably more easily done with a tool such as awk. This may also be useful where you specifically don't want to change the parent scope variables.

Lower-case, with underscores to separate words. Separate librarieswith ::. Parentheses are required after the function name.The keyword function is optional, but must be usedconsistently throughout a project.

The function keyword is extraneous when "()" is present after the function name, but enhances quick identification of functions.

As for function names.

Variables names for loops should be similarly named for any variable you're looping through.

All caps, separated with underscores, declared at the top of the file.

Constants and anything exported to the environment should be capitalized.

Some things become constant at their first setting (for example, via getopts). Thus, it's OK to set a constant in getopts or based on a condition, but it should be made readonly immediately afterwards. Note that declare doesn't operate on global variables within functions, so readonly or export is recommended instead.

Lowercase, with underscores to separate words if desired.

This is for consistency with other code styles in Google: maketemplate or make_template but not make-template.

Use readonly or declare -r to ensure they'reread only.

As globals are widely used in shell, it's important to catch errors when working with them. When you declare a variable that is meant to be read-only, make this explicit.

Declare function-specific variables with local. Declarationand assignment should be on different lines.

Ensure that local variables are only seen inside a function and its children by using local when declaring them. This avoids polluting the global name space and inadvertently setting variables that may have significance outside the function.

Put all functions together in the file just below constants. Don't hideexecutable code between functions.

If you've got functions, put them all together near the top of the file. Only includes, set statements and setting constants may be done before declaring functions.

Don't hide executable code between functions. Doing so makes the code difficult to follow and results in nasty surprises when debugging.

A function called main is required for scripts long enoughto contain at least one other function.

In order to easily find the start of the program, put the main program in a function called main as the bottom most function. This provides consistency with the rest of the code base as well as allowing you to define more variables as local (which can't be done if the main code is not a function). The last non-comment line in the file should be a call to main:

Obviously, for short scripts where it's just a linear flow, main is overkill and so is not required.

For unpiped commands, use $? or check directly via an if statement to keep it simple.

Bash also has the PIPESTATUS variable that allows checking of the return code from all parts of a pipe. If it's only necessary to check success or failure of the whole pipe, then the following is acceptable:

However, as PIPESTATUS will be overwritten as soon as you do any other command, if you need to act differently on errors based on where it happened in the pipe, you'll need to assign PIPESTATUS to another variable immediately after running the command (don't forget that [ is a command and will wipe out PIPESTATUS).

Given the choice between invoking a shell builtin and invoking a separateprocess, choose the builtin.

We prefer the use of builtins such as the Parameter Expansion functions in bash(1) as it's more robust and portable (especially when compared to things like sed). 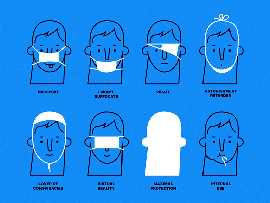